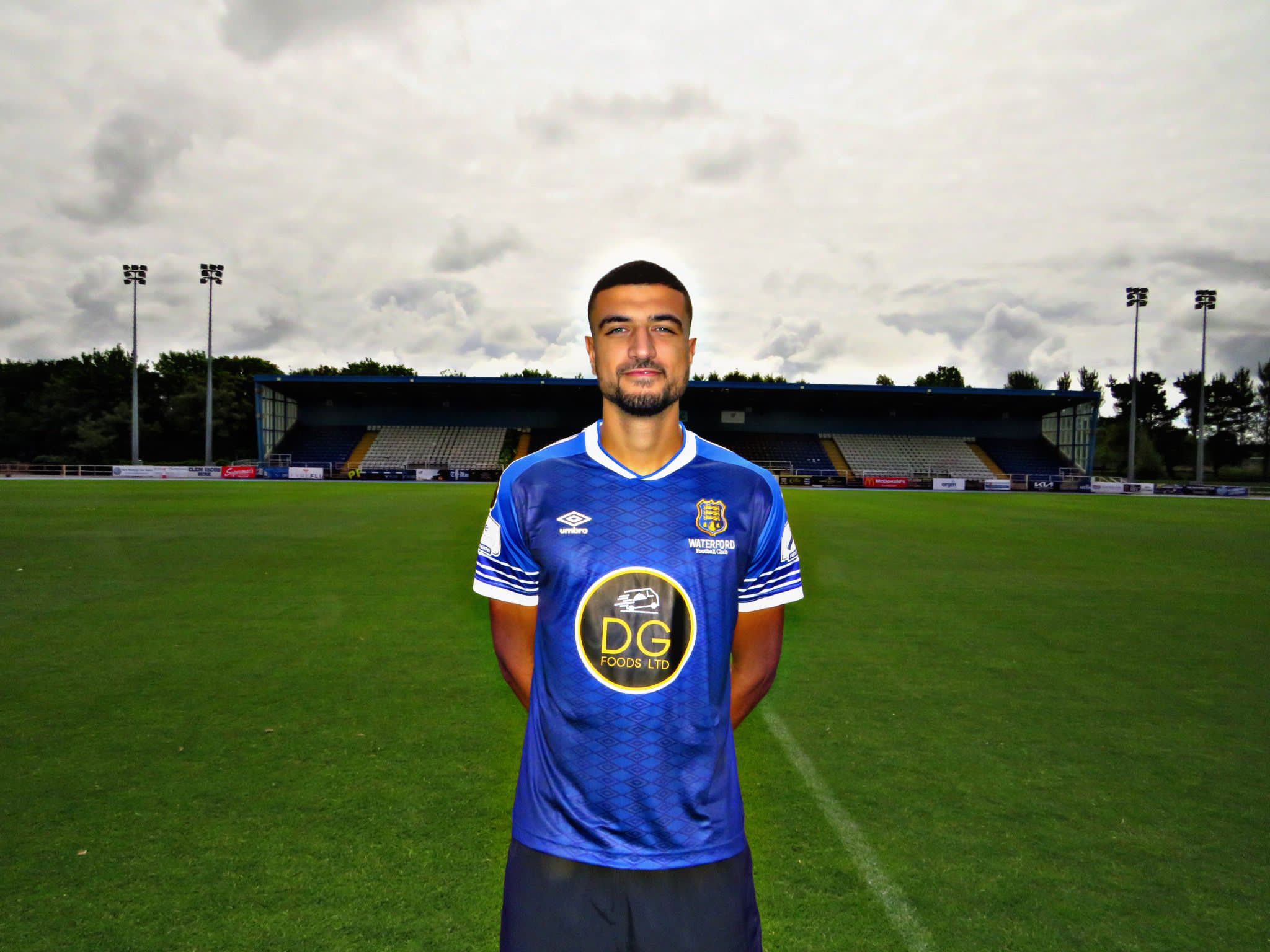 Waterford FC is delighted to announce the signing of Wassim Aouachria.

Since signing with Charlton Athletic, Aouachria has spent time on loan but joins an in-form Blues side ahead of the second half of the season looking to make an impact.

The 22-year-old, who has played underage international football for Algeria, also spent time at Aldershot, Braintree, and Hampton & Richmond Borough in the National League in England.

“I’m really, really pleased and excited to sign. The first few days with the team have been really good integrating with the boys and they have been brilliant. I know a couple of the players, Junior [Quitirna] and Yassine [En-Neyah], and both have helped me a lot since I’ve been here.

“It’s a very talented group of players who want to work hard and improve and we’ll be really pushing to go up at the end of the season; I’m delighted to join and hopefully add something to the team.

Wassim will wear the #9 jersey.

“Wassim is a player who’s been on the club’s radar since pre-season and we are delighted to finally get this deal over the line,” said Director of Football Tobias Phoenix.

“He brings a real energy and hunger to the squad, as well as his quality. He came here to be successful and I can’t wait to see him on the pitch,” Head Coach Danny Searle said.