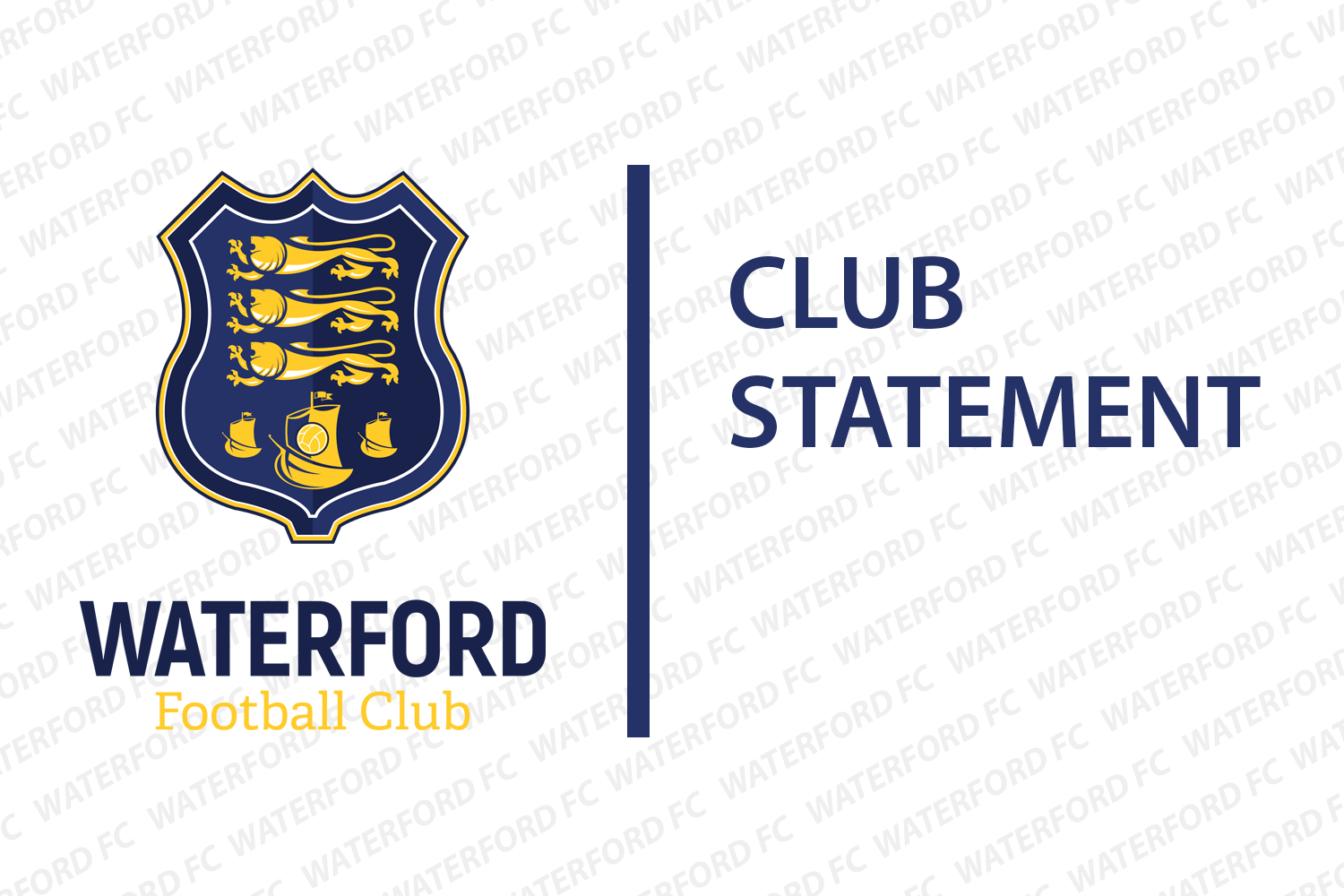 Waterford FC would like to thank the Gardai and the stewards of Treaty United FC who took the quick decision to remove our fans from the dangerous situation which occurred in the small Away stand in the Markets Field last night.

We are grateful to all our fans who co-operated so respectfully in very trying circumstances while again showing why they are the best fans in the country. Thankfully no one was injured during the event.  Our own event controller Mark Dunne was quickly on hand to assist and his video of the scene was passed on to the FAI officials in attendance when we met with those present at the end of the game.

As the Markets Field is owned by a charitable trust with Treaty United FC as tenants, we look forward to a full inquiry by all associated parties as to why this issue happened last night.

After a fantastic result, we all look forward now to Friday night when we take on UCD in Richmond Park. We will have the use of the St Pats home stand to facilitate traveling Blues fans on this final push for the Premier Division.