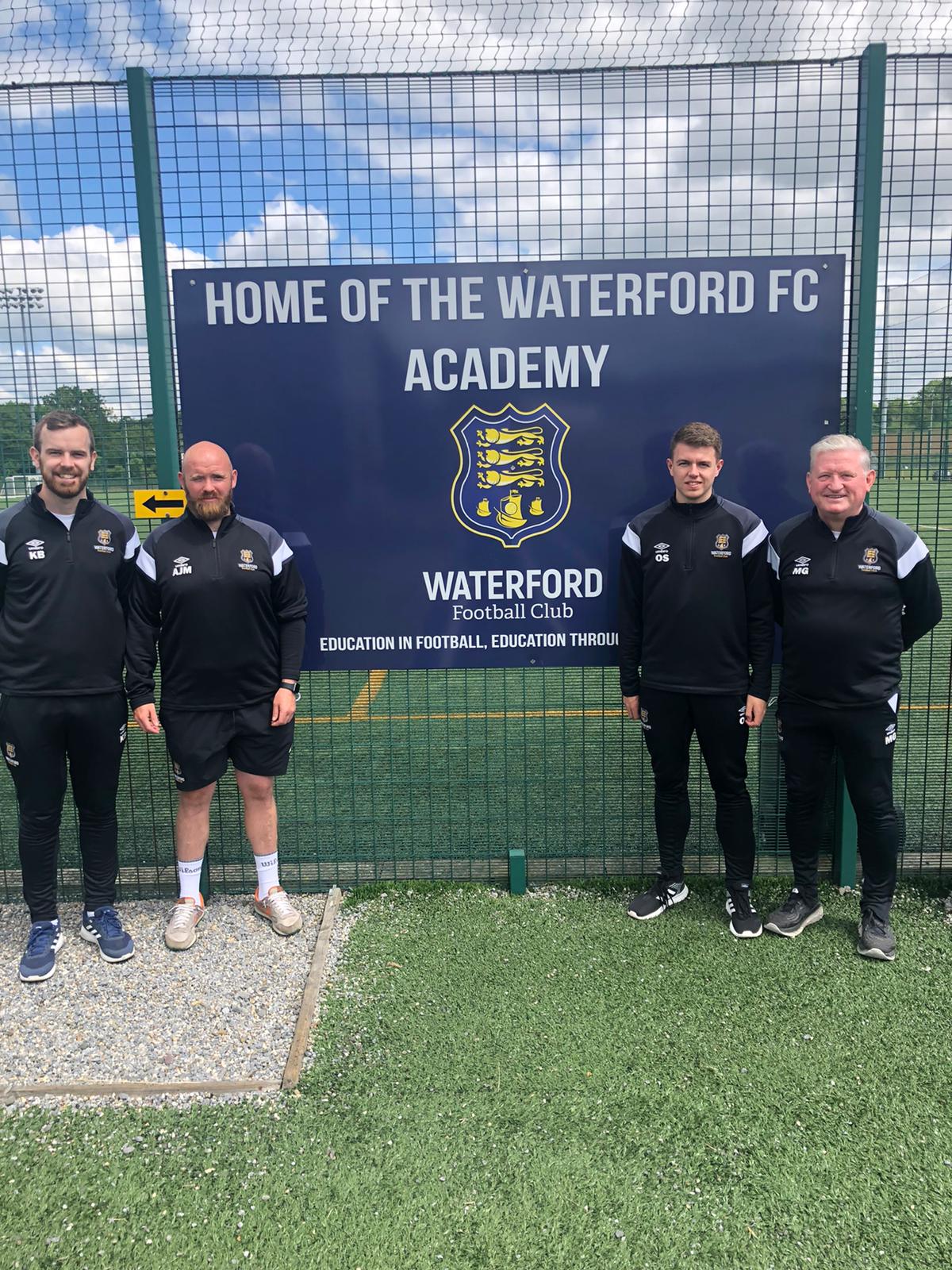 The Waterford FC under 19 academy team will kick off their season at 2 p.m. in the WIT Arena against Treaty United on the 27th of June before facing Galway, Bray, Cabinteely, Cobh, Cork City, Bohemians, Shelbourne, Kerry FC, and Wexford in the first phase of their campaign. The captain of the side for the coming season will be Graham O Reilly.

This will be AJ Murray’s first season with the Waterford FC Academy, he has coached at all levels of the game from Grassroots up to First team League of Ireland Football. AJ has previously worked with Cardiff City FC, Colorado rapids USDA Academy (Carolina), Tennessee Soccer club, Wexford FC, Waterford United, Bohemians FC, and has also worked with the FAI coaching on the Emerging Talent Programme. AJ has also completed a degree in sports Coaching and Performance from the Waterford Institute Of Technology.

Oisin Seager returns to Waterford FC academy for a second spell having previously been head academy Technical coach in 2019 and Under 17 assistant coach in 2018. Oisin is a UEFA A licence Candidate with a masters in applied sport and exercise psychology, and a Bachelors in sports coaching and performance from Waterford Institute of Technology. Oisin has experience in coaching, analysis and sports psychology at all ages and levels in the game. He has previously coached with Evergreen FC, the Kilkenny and district league, and the Southend United FC professional academy in the UK.

Kevin Burns takes over from Billy Hearne as U-19 goalkeeping coach following Billy’s retirement last year. Kevin has worked his way through the academy having started as U-15 goalkeeping coach and then spent the following 2 seasons with the U-17s. Kevin has also played for the blues on 3 different occasions and for Cork City FC before turning to coaching with Waterford FC academy.

Last but not least Mike Geoghegan. Mike a Uefa A participant on the Uefa A elite course. He is a Former Leinster Senior League manager of the year and a former Director of Coaching in the Kildare League for 5 years. He has been with the academy for 3 years.