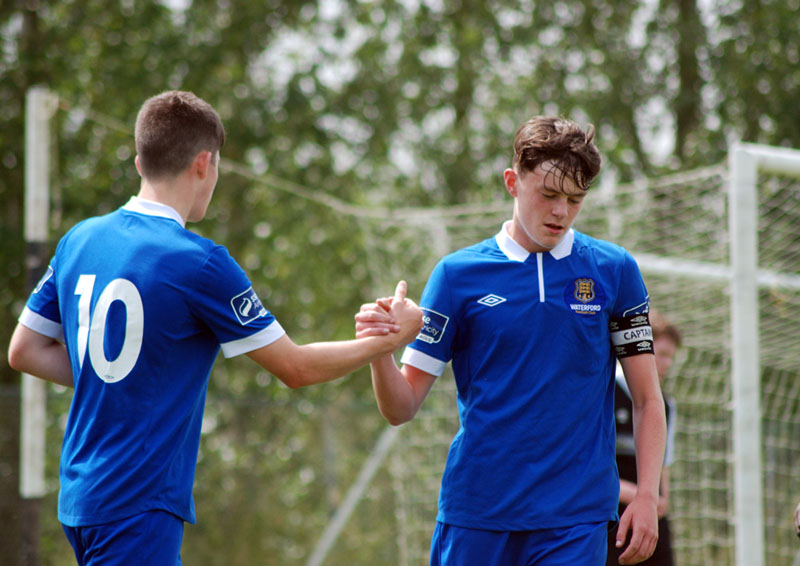 Waterford FC Under-17 captain Jack Larkin says his side are in it to win it as they look forward to Saturday’s Mark Farren Under-17 Cup final at the RSC against Sligo Rovers. 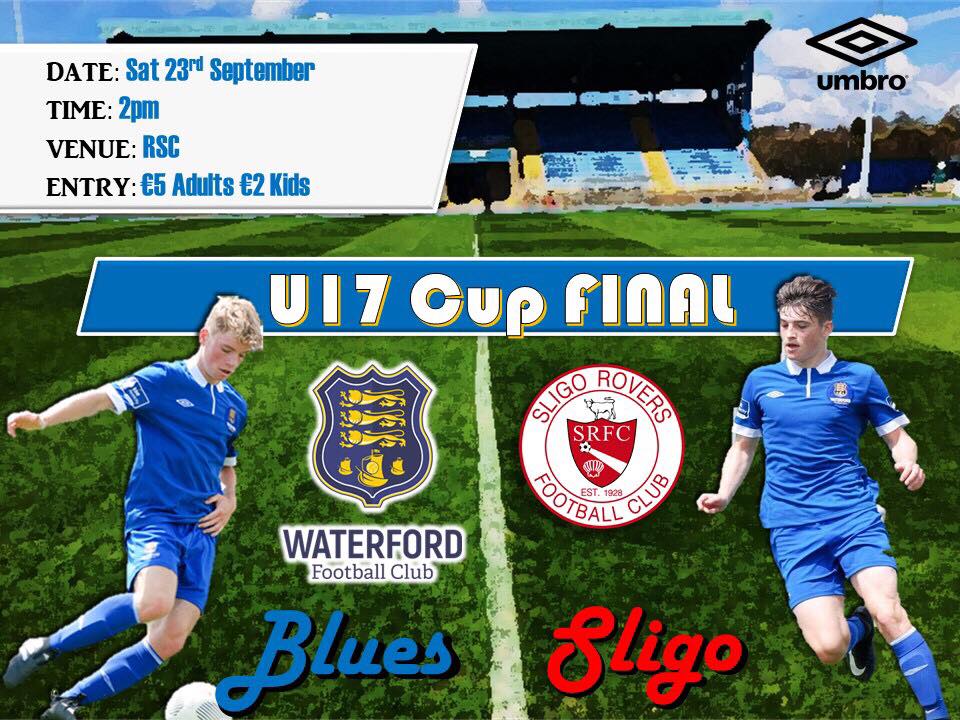 The Blues progressed to the final after a 4-2 win over Shamrock Rovers after extra time at the start of August.

“I’m honoured to be playing in a cup final as a captain but it would be a better feeling for us all to win it. I don’t want to be just in it, I want to win it,” Jack Larkin said ahead of the game.

“It’s great for my family and everyone around me so it’s an occasion I’m looking forward too but it’s not only about me, it’s about the team as well. We’ve all worked hard to get to the final and to be in with a chance to win is great.

“These are the big games that as a player you want to play in and that was the case when we played St. Patrick’s Athletic and Shamrock Rovers in the last two rounds. We played in front of big crowds in Ferrybank so hopefully we’ll get another big crowd for Saturday’s game.

“We’ll be more than ready for the game and it’s important to remember that we’re in a cup final to win. To have the game at home is extra special as well.  It would be great to win a final in front of our home fans so hopefully we can get the job done.

“It was great to get wins against Wexford and Limerick in the first two rounds. I suppose many would have expected us to win those games considering our position in the table but to win against St. Patrick’s Athletic was magical.

“They came to Waterford like ourselves unbeaten in the Northern Division and the feeling after winning that game was incredible. I think that we were doing so well in the game and then we needed Charlie (Heffernan) to step up to the plate and make a brilliant penalty save in injury time.

“It was a great feeling at the end of that game because we played so well in the match. It was so special and one of those feelings that you want to feel the whole time because it was against one of the top clubs in Dublin and they were unbeaten. 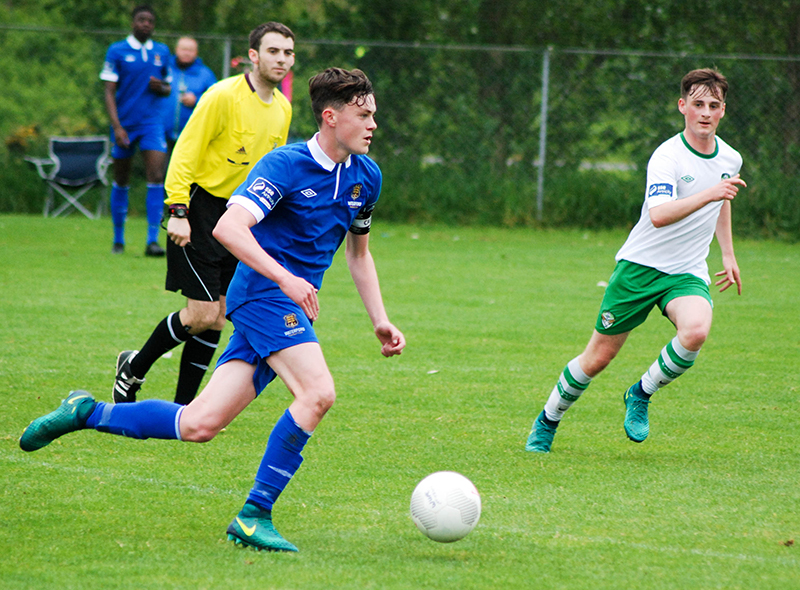 “I’m just praying that come Saturday we can have that winning feeling again. I think that what people have seen with this squad of players is that we’ll die for each other. We’ve really gelled brilliantly as a unit and have worked hard for each other in every game.

“One thing that you can really say is that we’re all friends and there’s no egos which is good. I think that our two best performances so far this season many would say have come in the cup games against Pats and Rovers so hopefully that will stand us in good stead ahead of the final.

“The Rovers game was a funny one because we were so dominant in the game that we were probably kicking ourselves that we allowed them back into the game. I think that the character that we showed in extra time was unbelievable and that will help us going into the final.

“We know that Sligo Rovers will provide a massive test for us and we’re under no illusions that this will be a very difficult match. I think it’s vital that our game management is on the money and we’ll be able to overcome the occasion.

“I think that we have the players that have the experience of playing in big games and they’ll be massive to us on the day but not only that we have both John Furlong and Gary Hunt, both themselves used to big finals as managers to keep us focussed.

“We get great support throughout the year from all our parents and especially at home from the Waterford people so I would urge them to come and support us on Saturday. It’s a big game for the club in what will hopefully be a massive weekend for Waterford FC. I just hope that we’re celebrating at the end of the final.”