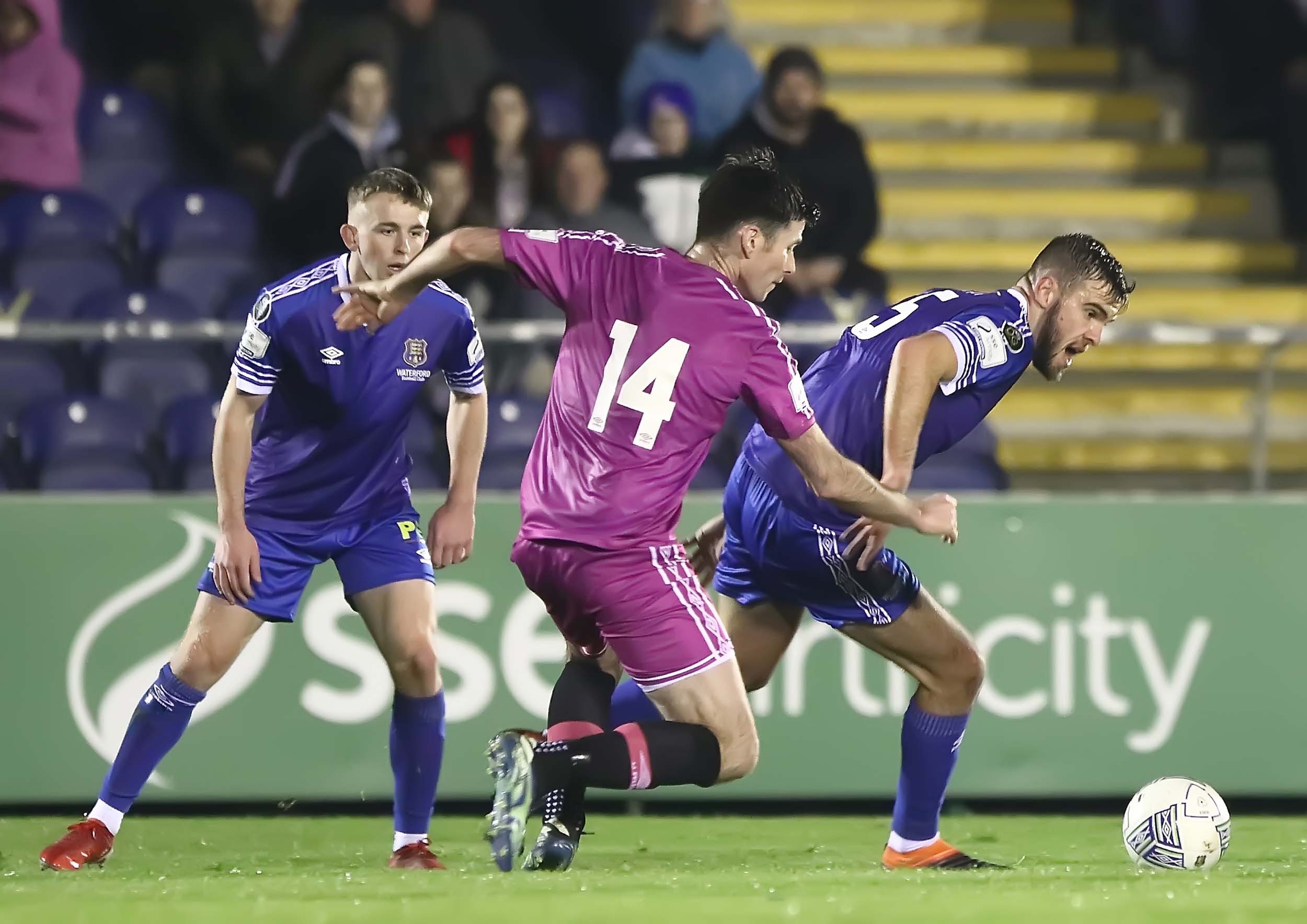 Waterford FC look to return to winning ways on Friday night with Wexford FC the visitors to the RSC.

The Blues come into the game on the back of a 1-0 defeat at the hands of Galway United last Friday night in Eamonn Deacy Park – a first defeat in nine games. A second-half Killian Brouder goal was enough to earn the Tribesmen the points, after heading home from David Hurley’s corner after 57 minutes.

The Blues and Wexford last faced off back in April with goals from Phoenix Patterson in either half giving the Blues the three points in a 2-0 victory. Patterson opened the scoring after nine minutes with a superb strike from outside the box, before wrapping up all three points 60 minutes later with a well-struck free kick.

Wexford come into Friday’s game after a 3-1 win over Athlone last weekend with goals from Aaron Dobbs, Conor Davis and Dinny Corcoran.

The Blues are unbeaten against Wexford in the last seven meetings between the sides, conceding just twice against the Ferrycarrig Park club. Wexford are in a good run of form which has seen them go six games unbeaten, while the Blues have won eight of the last nine.

Danny Searle’s side currently sit in third place, while Wexford sit in 5th place, 11 points behind the Blues.

From The Dugout: Speaking ahead of Friday’s match against Wexford FC, Head Coach Danny Searle said:

“Wexford picked up a good win over the weekend and haven’t lost in their last six matches so we know it will prove a battle between the sides and it’s one we’re looking forward to.

“We’ve had a busy last week with three games in eight days. We deservedly took wins against Bray Wanderers and away in Athlone. But as a group, we were bitterly disappointed with Friday’s result in Galway.

“We have eight wins from our last nine games so we’re in good form and need to get back to that. It’s easy to forget the good run after a defeat but we’ve got the lads in for recovery and a good week of training so they’re eager to put things right this week.”