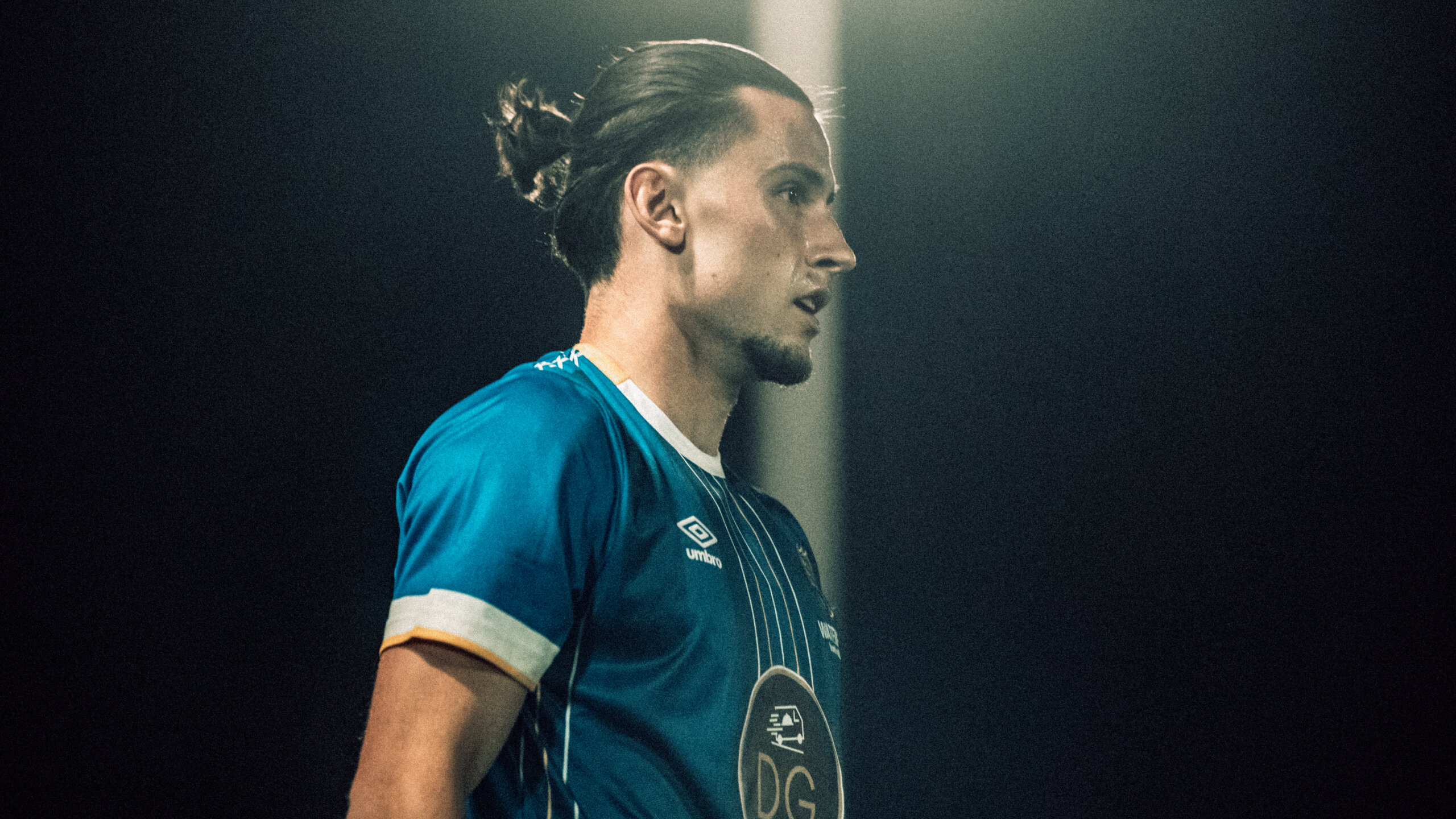 It was in the first minute when the Blues took the lead. The ball was well worked down the right side and when the ball was fizzed into the penalty box, it only needed a touch. Unfortunately for the Herons, it came off one of their own men.

Waterford FC dominated the opening ten minutes and should have made it two five minutes later. Oluwa broke the line and drove into the box, where his shot was saved by the keeper.

New signing Barry Baggley started his second game for the club, and he tried his luck from 25 yards, but the Fleetwood Town loanee watched his effort drag narrowly wide of the left hand post.

The Green Herons did have one chance in the first half, and it was a good job that Martin was switched on. As the ball came into the Blues’ 18-yard box, the keeper reacted well and parried it away from danger.

Waterford FC doubled their lead through Idowu on the 18th minute. It was another lovely move, this time down the left flank and it was neatly converted by the young forward.

The third came very soon after. Parson was the scorer and he did so well to beat his man and then the keeper from an acute angle. The three goals were just what the Blues deserved.

Head coach Danny Searle made some changes at the interval, with a trialist and Niall O’Keeffe coming on to get valuable minutes in the legs ahead of the first First Division match of the season.

Aouachria made it four by getting his first of the evening after Idowu broke the offside trap on the left side. The two linked up nicely inside the 18-yard box to punish the opposition.

The Green Herons did get two consolation goals in the second half. The first came when the ball went across Martin deep inside his own half, and the forward managed to get his left leg to the ball to fire it home.

The second – and the admin will admit – wasn’t seen however from the shouts from the Blues players, it could have been well avoided.

Second half substitute, Phillips headed home with less than 15 minutes left on the clock. It was a quality delivery from Idowu and with the defender rising the highest, there was only one outcome.