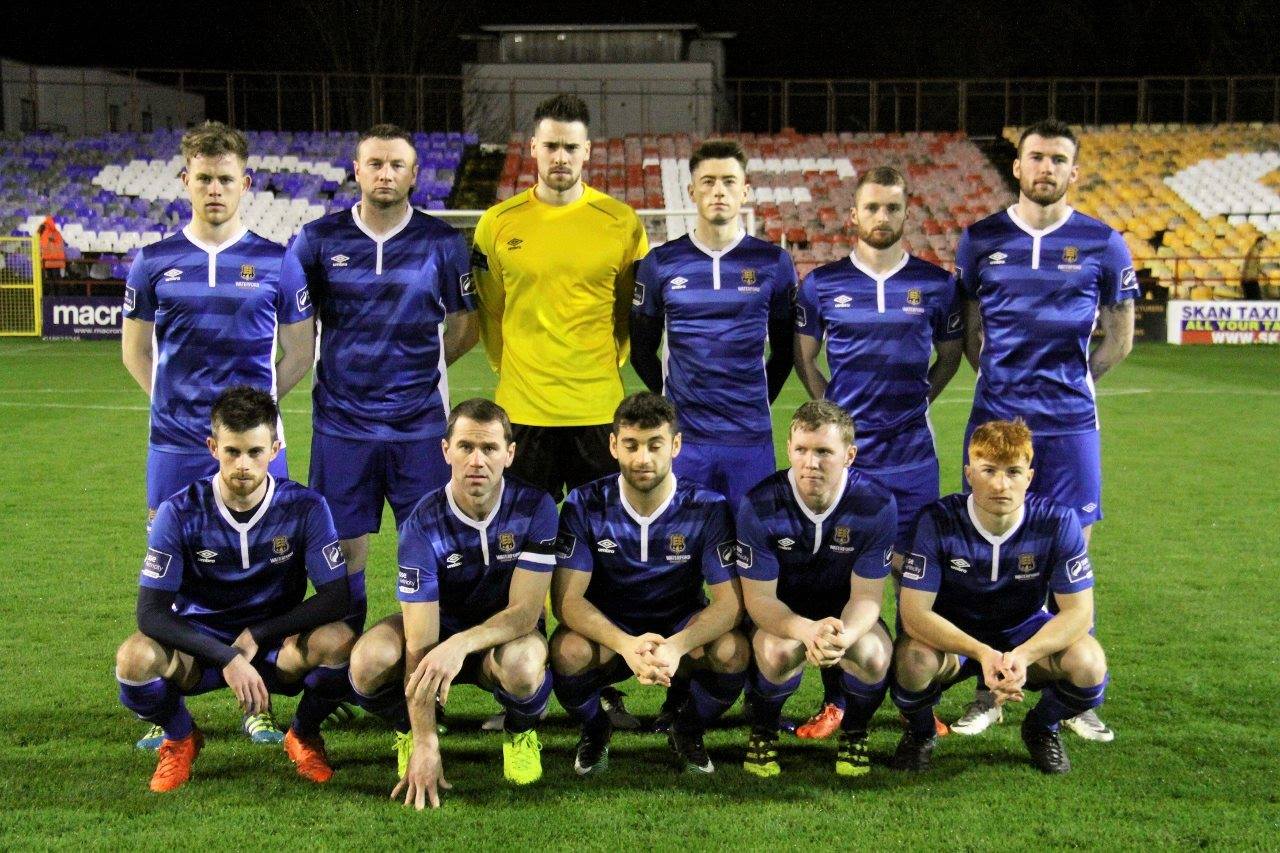 Waterford FC look to make it two wins from two in the RSC this season as Wexford FC visit for the first South East derby of the season this Saturday.

It’s also a night where the club will pay tribute to Derry City captain Ryan McBride who was laid to rest in Derry on Thursday.

The Blues have spent the last two matchdays on the road; picking up four points from matches against UCD and Shelbourne.

Last weekend, the Blues left Tolka Park with a point after a 2-2 draw. Shelbourne took the lead in the opening 10 minutes when Derek Prendergast scored but right on the stroke of half time, the Blues were level as Kenny Browne headed home Derek Daly’s curling cross.

The Blues took the lead before the hour mark through David McDaid, but Prendergast grabbed an equaliser for Shelbourne with 11 minutes remaining.

The last time visitors Wexford were in the First Division, in 2015, they won three of the four matches against the Blues; the Blues winning the opening tie. Wexford have drawn two and lost two of their opening four league matches this season so far.

Blues goalkeeper Ian McLoughlin is looking ahead to the game. “Hopefully if we can start well on Saturday it will put us in a great position. I think that we’re yet to gel as a team and I think once that starts happening other teams will see what we’re capable of.

“I think that winning will help us and maybe something like a 1-0 scrappy win helps because it will bring us together but we’ll get there. The following that we’re getting is fantastic. There was a great support at home and at our last two away games so hopefully they’ll get behind us against Wexford on Saturday.”

“It’s a South East derby and I’m sure it’s going to be a night of real emotion. We just need to concentrate on our performance and hopefully get the result. Wexford won’t be easy, though, as they picked up a good point against UCD last weekend.

“There is little between the teams in the division at this stage of the season and I think that the results have shown that. We just need to bring our game to the table on Saturday and hopefully things will fall into place.

“We are a young team but a talented one. We are still learning each other’s game and getting to grips with things. It’s a brand new team where I think it’s only Anthony McAlavey that has started from the team that played last year while Dean Walsh is also involved.

“It’s a massive undertaking here and we are all working hard in training to get things right so hopefully everyone will see what we’re capable of producing over the next couple of games at least. Let’s hope it starts against Wexford FC this weekend.”

Team News: Sander Puri remains a doubt having missed last week’s match against Shelbourne. Kenny Browne and Tom Smith are also doubts ahead of this game. Smith has suffered a recurrence of the knee problem that saw him doubtful ahead of the UCD match two weeks ago, whilst Browne is suffering with the flu.